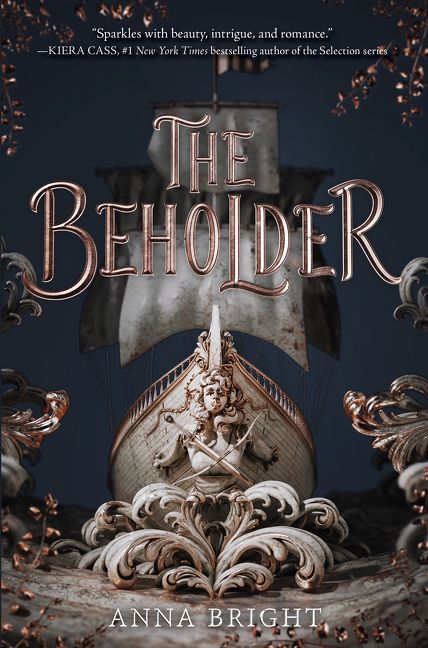 At any rate, casting a young Benjen and Lyanna then would have precluded using those same child actors later, say, in Season 6. A note for future reference.

The Birth of the Sun

No such clash exists in either the show or the books thus far—so this is an especially juicy little nugget. Martin wrote this note while he was still working on the early stages of The Winds of Winter. As of the end of the previous book, A Dance with Dragons, Ramsay was still at or near Winterfell, preparing for battle with Stannis. Remember that, show-watchers? Undoubtedly, because. At the time Martin wrote this script, though, substituting Sansa for Jeyne was not yet the plan. A match to help House Bolton hold the north. Arya Stark. Before he can react, however, Joffrey brings the blade down in a savage two-handed cut on the book that Tyrion had given him.

A dagger of Valyrian steel. Your father had a knife like that, I believe. I mean.


It has just fallen into place for him. It was Joffrey who sent the catspaw to kill Bran, the crime that started the whole war. But now that he knows, what can he do about it? Had this made it to the screen, it would have helped explain why Joffrey is so publicly monstrous to his uncle at his wedding, and also set up Tyrion as a more credible suspect in the Joffrey poisoning plot—he threatened the boy just that morning.

The girl leaves his room devastated and in tears. If the gods are good, the fall will snap your neck.

An ugly way to die. Jaime in the Riverlands: A popular book plot that was cut in favor of sending Jaime and Bronn on an ill-advised Season 5 jaunt to Dorne is the adventures of the Kingslayer in the Riverlands. Jaime develops a good deal as a character in that story thread, which removes him from the corrosive influence of Cersei. Part of that story line got moved into Season 6, when Jaime meets the Blackfish at Riverrun. Spymaster Varys: In the final version of the episode, when Varys tells Tyrion that Tywin and Cersei are on to Shae, the conversation lasts barely a minute and is conducted, hurriedly, on a side path in the palace gardens.

Not the effete eunuch of the small council, he appears as a denizen of the dungeons; clad in leather and mail, an iron helm on his head, heavy boots on his feet, a whip coiled at his side. Similarly, Tyrion gets his nose cut off in the books—but on the show, his mangled face is represented instead by a tasteful, less technically involved scar. It rhymes with sneak. A Magical Light Show: Speaking of special-effects concerns: Martin had a much flashier light show envisioned for when Melisandre, Stannis, and Selyse burn the nonbelievers on the Dragonstone beach.

Then a GASP rises from the onlookers, for above the fires, just for an instant, we SEE the three victims rising from their pyres, made young and strong and beautiful again, smiling as they ascend to the sky. And not all screams end in joy. His eyes are bulging. His face is a dark purple, the color of a plum, and his mouth is bloody. The version that ended up on-screen replaced much of this protracted detail with character-rich wedding discussions between Cersei and Brienne, Loras and Jaime, and Cersei, Oberyn, Ellaria, and Tywin.

On the TV show, the camera is necessarily external. We HEAR the sound of her ragged breathing. This is a tale of epic proportions - the sense of place and geography reminded me of the original Planet of the Apes movie. Sometimes books and films just hop between set pieces with no real sense of time and place. Not so here. Re my problems with the prologue and opening chapter, I feel they could have been cut and the book would have been even stronger.

There was still a smattering and only a smattering of verbosity here and there, use of flowery words where simple ones would have been better. Once more, with some judicious cutting, the story would be enhanced. Ultimately, it comes down to engagement, and Duperre easily succeeded as far as this reader is concerned. From the halfway point onwards it was a very easy book to engage with and I was able to sit back and enjoy the ride.

Ratings are utterly subjective, but for the genre, and personal enjoyment, I would give this a healthy 4. Aug 16, Brainycat rated it it was ok Recommends it for: fans of boring, disjointed zombiepocalypses. The pace of the writing seemed like it plodded along unchanged, no matter if the protagonist was unleashing demons from ancient tombs or eating dinner with his parents. The story is written in multiple third persons, I suppose to try and show the enormity of the unfolding zombiepocalypse, but none of the characters felt fully developed.

Reading it felt like listening to one of those shows on public radio where the host interviews a number of people in depth around some vaguely related inane topic - a lot of words about straight white people on the east coast of the US I don't know and can't be arsed to care about. The plot relied on a number of flashback scenes.

In my reader, these showed up as page after page of bold, italic paragraphs expositing some scenario that lacked context, probably attempting to make the scene spooky and magnificient, but actually only heightening the sense that I'm just here to Watch A Writer Write instead of experiencing the end of the world as we know it firsthand. It was during one of these episodes that I closed the file and opened another book.


I soldiered on long after I wanted to give up. I was looking for the gratuitous sex and violence mentioned by Jennifer but it didn't happen fast enough for me. Maybe I missed it? Maybe Jennifer has different ideas about gratuitousness, harsh language, sex and violence than I do. Either way, while some interesting things happened to uninteresting characters, it was too little too late and I have too much on my TBR list to suffer through a story I'm not enjoying.

Rather than one-starring this like the rest of my DNFs, I'm going to give this one two stars. As harshly as I trashed it in preceeding paragraphs, it's still not as bad as the swill that I usually DNF. It's ambitious, utilizes a decent vocabulary and someone bothered to run it through a spellchecker.

I think this could be an OK book for someone with different tastes and expectations. However, if you like the same books I do, you'll want to avoid The Fall. Please note: I don't review to provide synopses, I review to share a purely visceral reaction to books and perhaps answer some of the questions I ask when I'm contemplating investing time and money into a book.


Duperre whisks the readers to an archaeological dig in Central America, but this is not your typical Indiana Jones adventure. Things go terribly, irrevocably wrong and an ancient undead evil is unleashed on the world. I should warn you that if you have any insect phobias you will be scratching away before the first chapter is over. The author then pulls the reader into the lives of regular people experiencing the heart-pounding terror of discovering the undead that now plague the living. The creatures of The Fall are fast, deadly, and leave a path of gore and fear wherever they go.

Duperre's new take on zombies and the undead is both refreshing and terrifying. The Fall is a masterful work of horror that will have you sleeping with the light on for many nights to come. I highly recommend The Fall The Rift, book 1 to readers of urban fantasy, speculative fiction, paranormal suspense, apocalyptic, dystopian, and zombie fiction and especially to fans of horror. Sensitive reader warning: contains violence, gore, and terrifying illustrations. 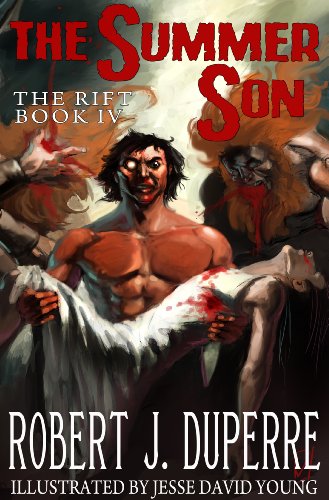 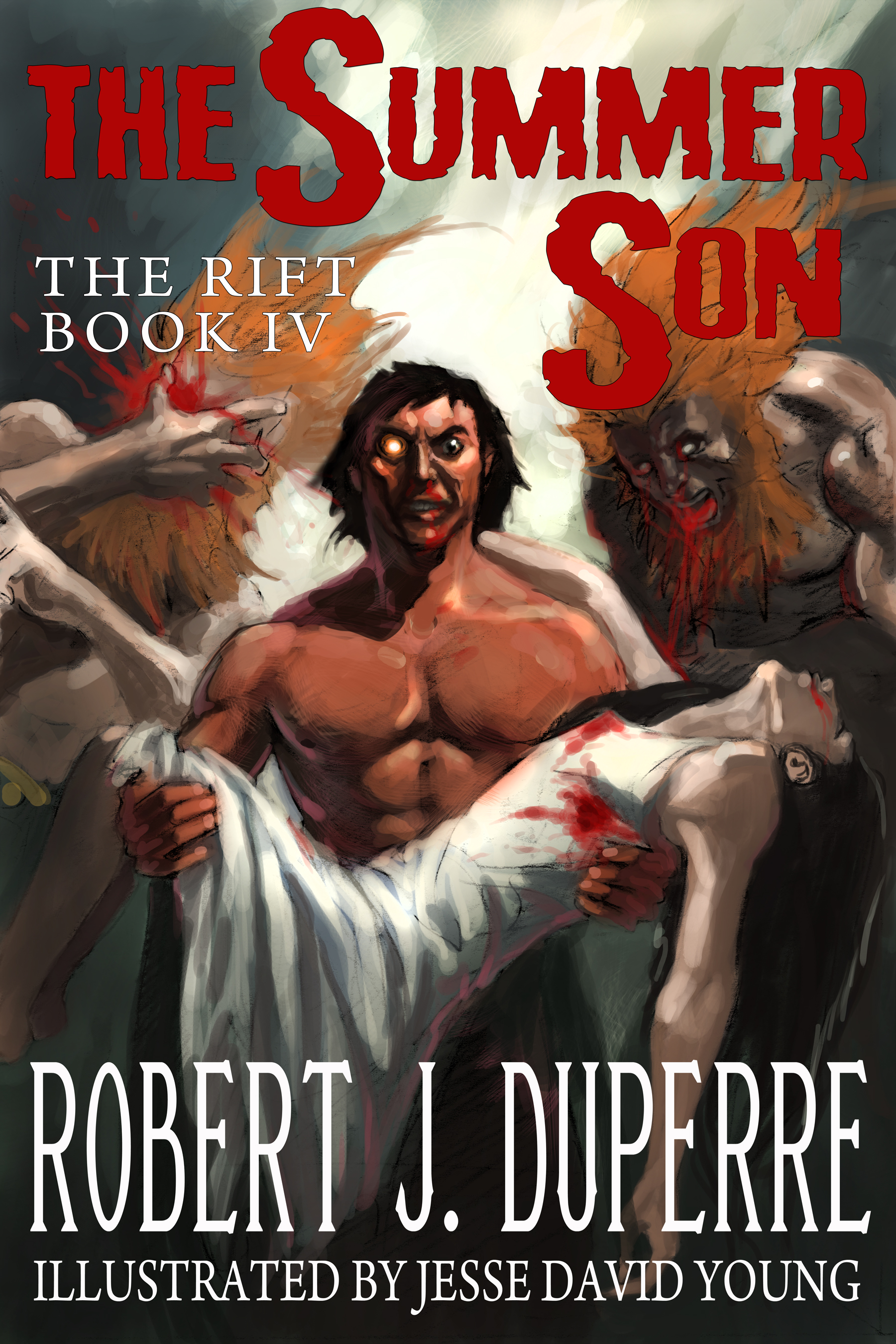 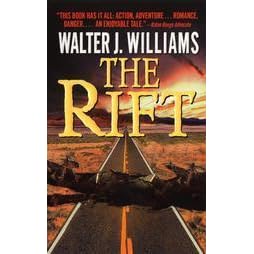